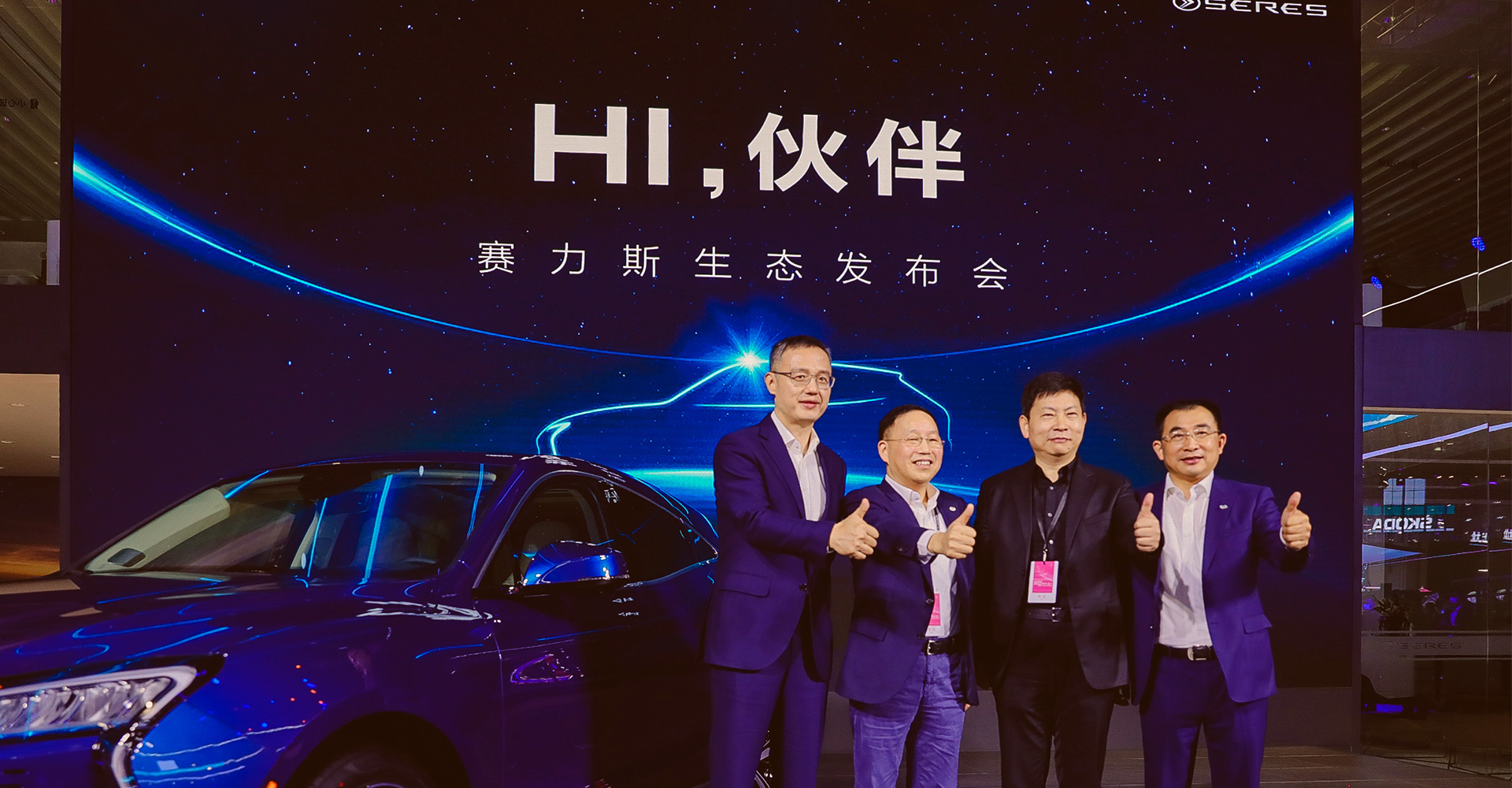 On May 20, the 3rd Western China International Fair for Investment and Trade (hereinafter referred to as the third WCIFIT) with the theme of " Joining hands with the West for a bright future " was held at the Chongqing International Expo Center.

At this fair, SOKON Group debuted its high-end new energy vehicle brand, SERES SF5 Huawei Smart Selection, on the theme of "Go With SERES For Great Perhaps". Since Shanghai International Auto Show 2021, SERES SF5 Huawei Smart Selection made the first public appearance in Chongqing, with industry-leading technology to show the new development by SOKON Group on a new look.

SOKON Group focuses on manufacturing industry, firmly stimulates innovation, adheres to the principle of long-term efforts pave the way for commercial success. It is transforming its traditional manufacturing to smart manufacturing, upgrading traditional vehicles to intelligent vehicles, in pursuit of high-quality development. Embracing change in the era, SOKON continues to transform and upgrade its brand.

Since 2016, SOKON Group has focused on R&D and innovation of new energy vehicle technologies, creating a dual technical route for SERES brand EV and EV-R, completely mastering core technologies such as electronic control and electric drive, and forming a differentiated technology. The intelligent extended-range technology, is in line with the current situation of Chinese new energy vehicle industry. So far, SERES has gained more than 1,000 global technology patents. In addition, SERES has a smart factory with Industry 4.0 Standard, located in Liangjiang Chongqing. There are more than 1,000 robots working together, with 100% key process automation and 24-hour full-time online inspection, to ensure the reliable quality for each product.

SERES SF5 Huawei Smart Selection as a high-performance electric coupe SUV, presented at the third WCIFIT, is a high-end smart electric vehicle jointly launched by SOKON Group and Huawei, using SERES's self-developed SEP200 motor and HUAWEI DriveONE three-in-one electric drive system to form power combination of dual motor intelligence four-drive. With the support of powerful performance, the 0-50km/h acceleration of SERES SF5 Huawei Smart Selection takes only 1.99 seconds and the 0-100km/h acceleration takes 4.68 seconds.At the same time, its pure battery life treaches 180 kilometers with low daily commuting costs. When the power and the fuel are full, NEDC has a comprehensive endurance of more than 1000 km, which makes it easy for long-distance travel. 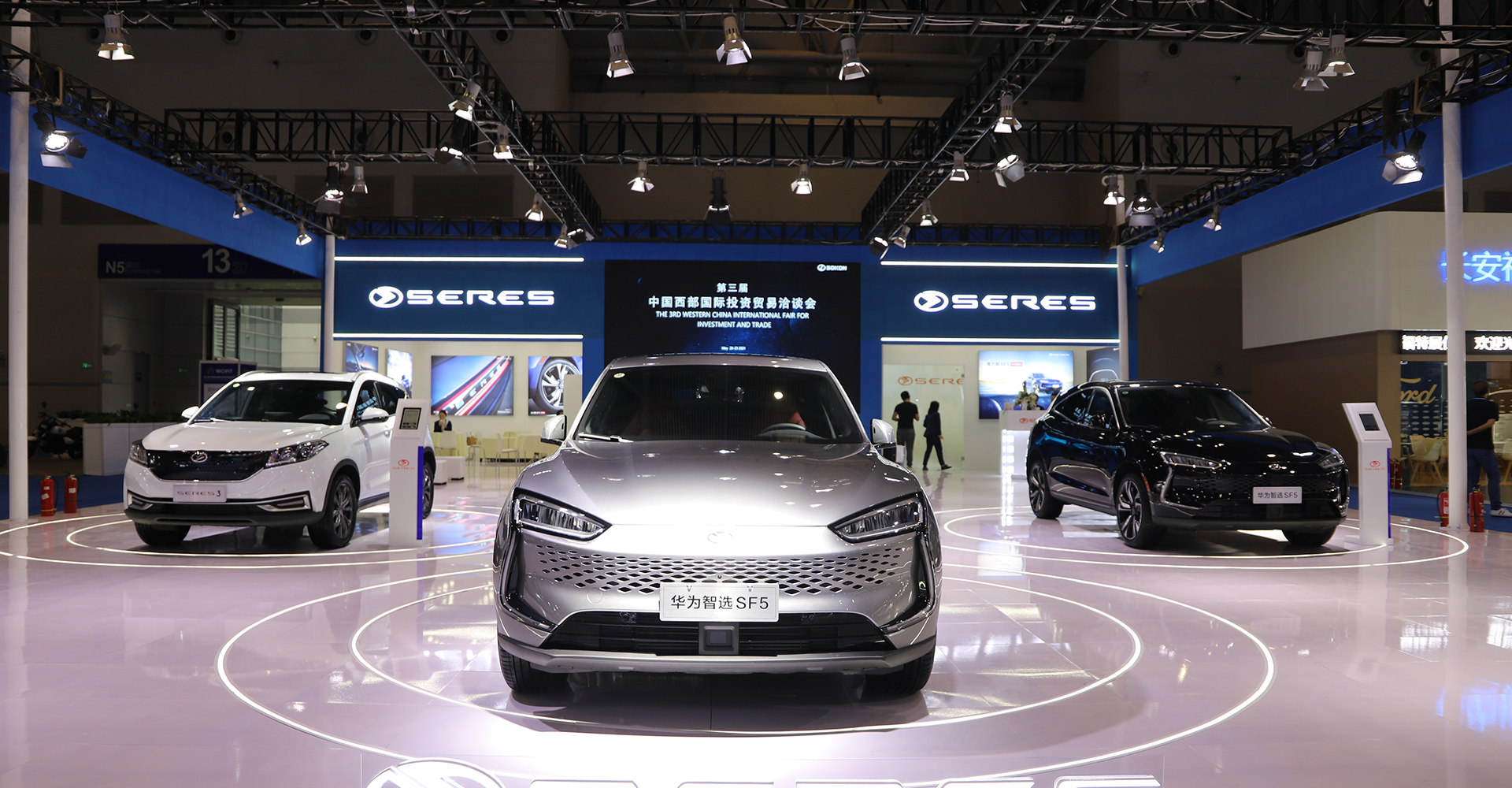 In terms of intelligence, SERES SF5 Huawei Smart Selection brings users an intelligent experience of seamless connection among human, vehicle and life. Equipped with HUAWEI HiCar full-scene intelligent interconnection system, SERES SF5 Huawei Smart Selection not only meets the user's interaction control with the car through voice commands, but also supports the seamless switching between the mobile phone and on-board large screen such as navigation, music and other APPS. In addition, HUAWEI HiCar also has the IoT device interconnection experience function, users can turn on the air conditioning, speakers, screens and other smart terminals in advance to realize car management and housekeeping, allowing users really enjoy the comfort and intelligent lifestyle of "home is comfortable". 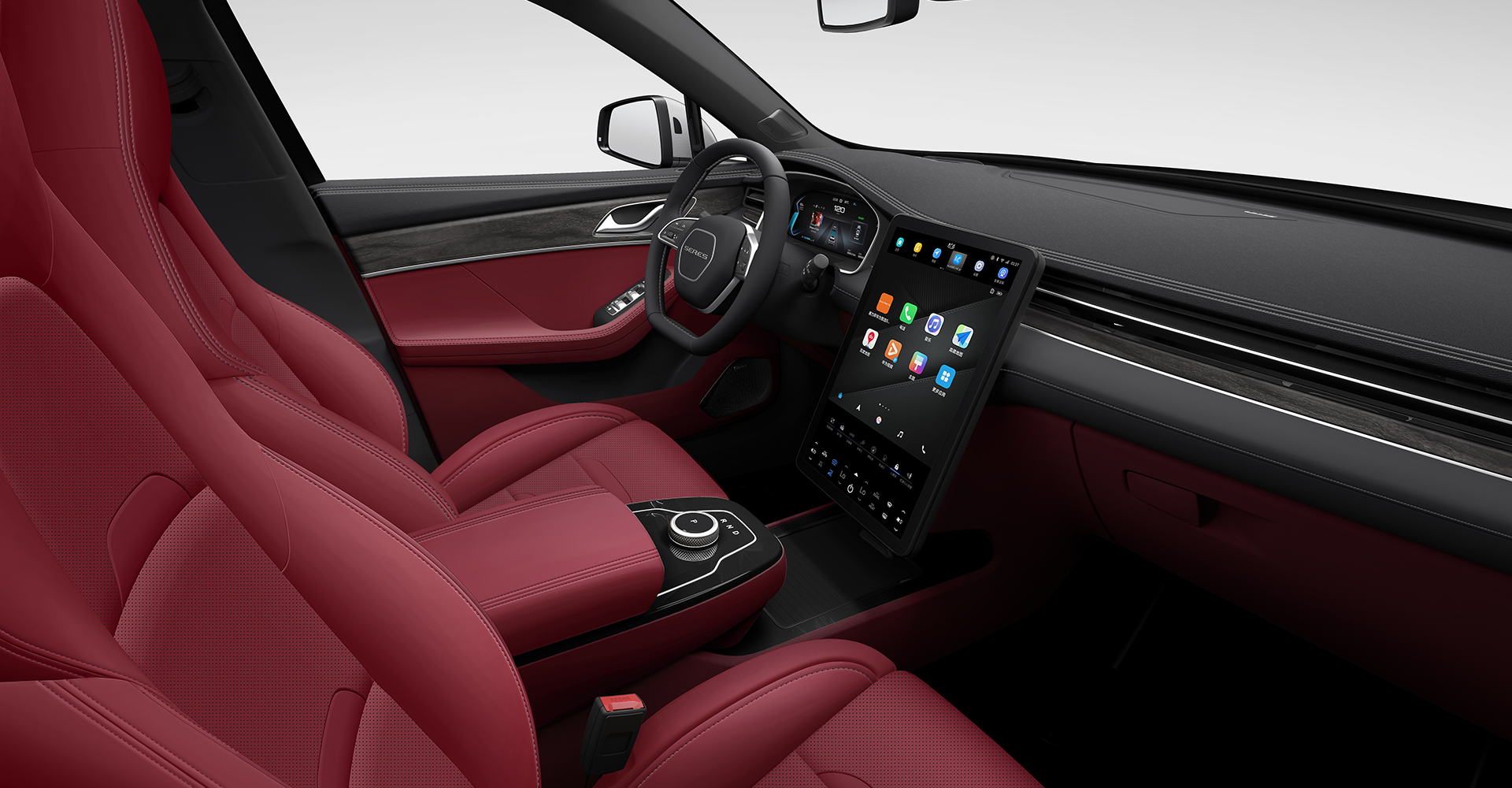 In addition, SERES SF5 Huawei Smart Selection is equipped with HUAWEI SOUND, through its core technical team and acoustic experts to conduct full-link professional acoustics optimization, with 11 acoustics to build the vehicle stereo surround system. The low frequency is vigorous and powerful and the sense of rhythm is very strong. The medium and high frequency are distinct, bright and transparent with better analytical power. The theatre-level effect allows users immerse themselves in sound. 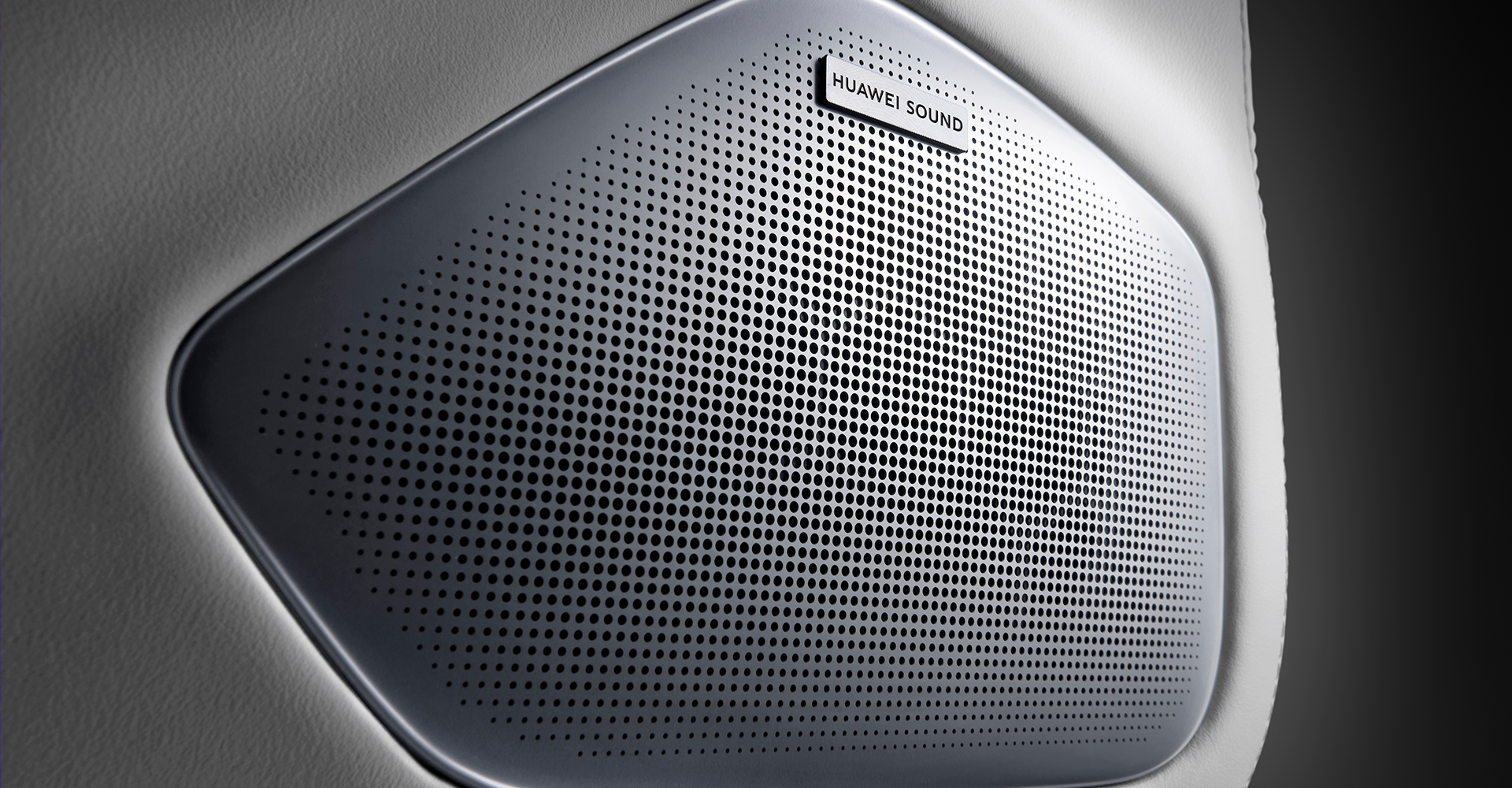 It is reported that since Shanghai Motor Show this year, the SERES SF5 Huawei Smart Selection launched by SOKON Group and Huawei, which has become a popular model in the near future. From the overall situation, the attention and of SERES products have been in a state of sustained growth, won the great attention and support of many users in the domestic market. 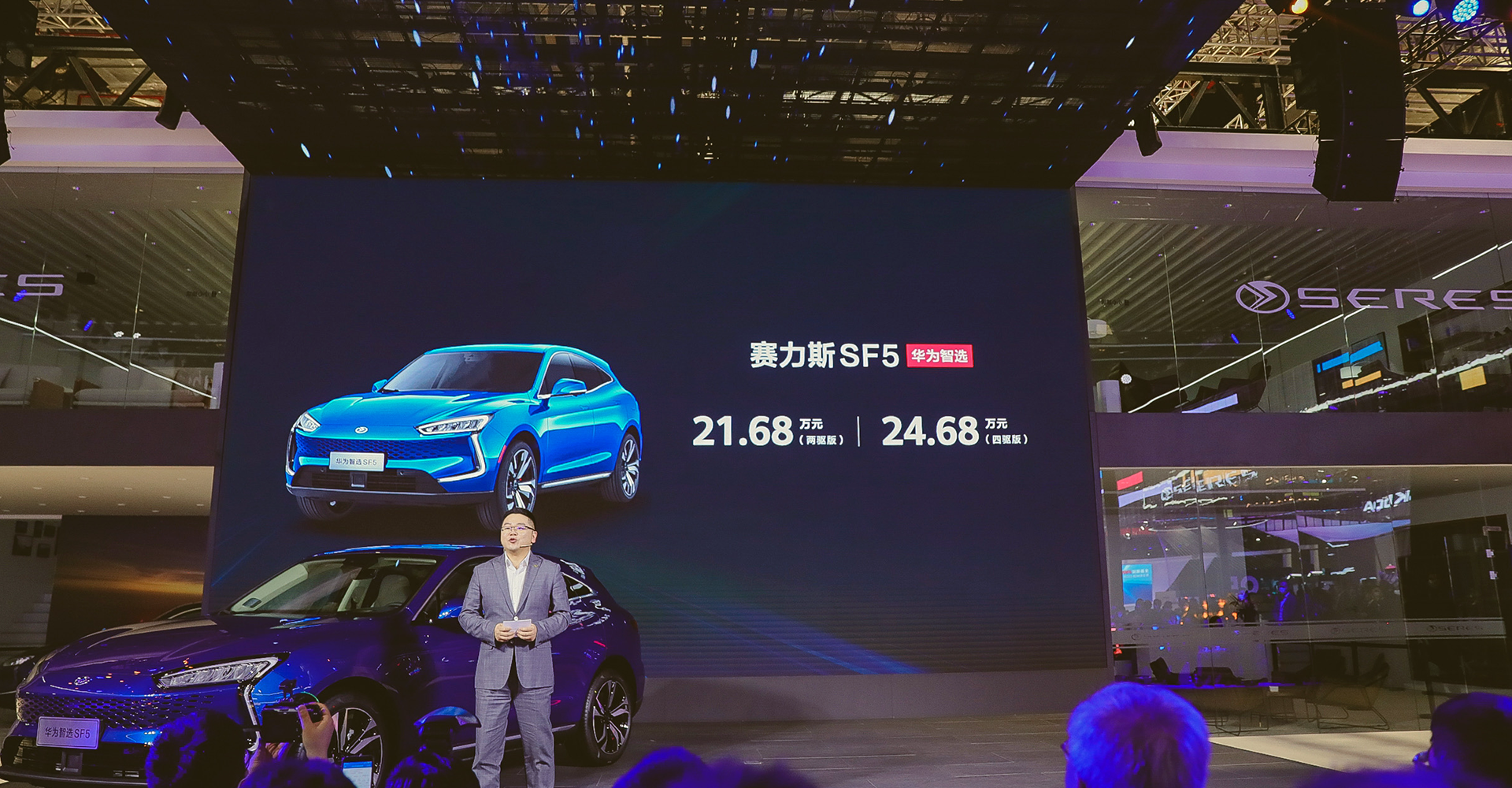 With the vision of " becoming a global branded enterprise of intelligent vehicles ", SOKON Group is committed to the mission of “driving the automotive energy transformation and creating an intelligent mobility lifestyle " to build China's leading new manufacturing enterprises in the field of electric vehicles. Committed to allowing more users experience smart cars and services through cross-border layout and development, and becoming a global user trusted branded enterprise of intelligent vehicles.

As a global enterprise, SOKON Group has never stopped the pace of overseas market development. According to Zhang Xingyan, General Manager of CHONGQING SOKON MOTOR (GROUP) IMP. & EXP. CO., LTD., DFSK commercial vehicles of the SOKON Group began to be exported in batches since 2005, and then Glory passenger vehicles and SERES smart electric vehicles were exported in batches successively. At present, it has been exported to more than 70 countries and regions such as Europe, South America, Africa and Southeast Asia, and has exported more than 350,000 units in total.

On October 8th 2020, SOKON Group exported the first 200 units of SERES 3 smart electric vehicle to Germany, which marked that Chongqing has exported new energy passenger cars to Europe for the first time, and also marked that SOKON Group has it commercial vehicles, passenger vehicles, electric vehicles, three series of products, entered into the European market. In 2021, SERES brand new energy vehicles have been exported to Germany, Italy, Spain and other European markets, and it plans to introduce SERES SF5 Huawei Smart Selection into the global market, in the second half of the year.